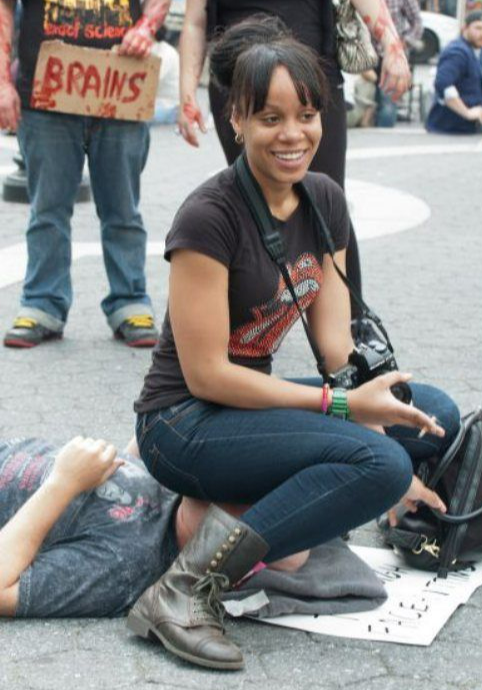 So, we all know the saying the blacker the berry the sweeter the juice right? Well, my juicy black snatch is the sweetest berry you will taste. Of course, a queen like myself requires you to worship this berry. Oral sex is a must if you think you are going to get laid. You gotta lick it before you stick it. If you know me you know that I am always down for a challenge. So, when one of my friends kept making comments about how my thick thighs and fat ass would probably smother him I dared him to let me sit right on his face. I can not wait to tell you all about it.

First, let me start the scene for you. Over Thanksgiving weekend all of my friends from school were just hanging out and partying. Enjoying the long weekend with no responsibilities. There was a kid that I had gone to school with several years ago that I would say is more of an associate than anything else. So, as we were all catching up someone walked up and smacked my juicy ass telling me how thick I had gotten. Somehow, this sparked a conversation about smothering men. Of course, this kid wanted to show out and started making snarky comments. Really, I let the first few go. They were pretty subliminal at first so whatever. However, later on in the night, His remarks got more pointed

Of course, I shared my obsession with having my pussy spread open and licked from my clit to my tight asshole. How it is required to make me cum with your tongue if you plan on dipping your sugar stick in this candy. Now, I was ready for his remark so when he said something about all my cake suffocating a man I dared him to try. He was not prepared for this response and was probably afraid to look like a dumb ass so naturally, he agreed. Wait, what I did not tell yall is I was not wearing any panties under my sweater dress! I told him to lie down there on the ground. His eyes got really big I guess he did not think I was serious.

He did as he was told and I stood over him straddling him. Clearly, I wanted to really make my impression so I turned around so he had a good eyeful of my ass in that dress.  Slowly, I lowered myself down into his face. Taking great care to hide the fact that my brown snatch was bare until I was ready to cover his mouth with it. As I inched down I told him he had to last at At least 5 mins under me. Scooting all the way back I plopped my sweet ass right on his lips. All my friends erupted with cheers and laughter. That egged me on more, and I started rocking back and forth. His mumbling complaints about my bare pussy were drowned out by my juicy cheeks.

The tip of his nose pressed into my ass as I rocked harder and faster. My juices started to pour out of my snatch onto his face. As he tasted those sweet juices he got totally into what he was doing. His tongue parted my lips and he began to suck on my clit. Nibbling on it and sticking his tongue into my pussy. God, it felt so fucking amazing. All the while, 7 of my oldest friends sat around thinking I was there just squatting down to prove a point. Knowing that they had no idea that his long tongue was buried deep inside me was driving me wild.

I had to act like I was fake cuming. Obviously, I did not want them to know that he was mouth fucking me for real. My fingers dug into his sides as my orgasm built. With a loud moan, I cam into his throat. Damm that was amazing!

Want to chat for a bit?  Hit me up on skype: https://join.skype.com/invite/ofoEI4iLS9WY